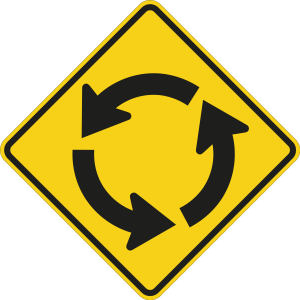 What do I mean by lazy? Words and phrases that sound as though they’re saying something but are content placebos. Technology (and education technology) marketers are notorious for this practice. While many lazy words probably once had specific meaning, they’re now applied so indiscriminately they’ve become like over- and mis- used cooking ingredients: too many empty word calories, filling space instead of stomachs, and similarly providing no sustained energy.

My 2010 list of the top five linguistic sugar bombs that should carry warning labels:

“Leading.” The mainstay of public relations boilerplate, corporate descriptions and positioning statements, this word says nothing. I’ve been campaigning for the retirement of this hoary chestnut for a dozen years. “Leading” is a shortcut used when someone can’t articulate why a product, service or company is different — or doesn’t want to go through the work required to get to that point of differentiation.

“Leading” (frequently applied as “leading company,” “leading provider,” or, perhaps someday, “leading leader”) is the ultimate placeholder marketing word, the equivalent of “um” or “er” in conversation. It sounds as if you’re saying something when, in reality, you just don’t want the other person to stop listening.

Real words that work better and demonstrate difference are defensible superlatives such as “only,” “largest,” “fastest,” “most respected” (any of the previous perhaps proven through research and surveys) and the like. They represent a unique position that the competition can’t claim. “Leading” doesn’t, nor does its lesser sibling “premier” or “best.” “Leading” alone usually implies a company, well, isn’t.

“21st century.” We’re entering its second decade. If you’re using this now, you’re hopelessly behind. Or writing a memoir set in 1995.

“Digital natives.” The relatively inexpensive, mass-produced personal computer (the Apple II) was introduced in 1977, the IBM PC in 1981, the Web browser in 1993. That last is nearly twenty years ago. Your “digital native” is not a six-year-old entering an elementary school. It’s the 25-year-old teaching them. Using this phrase simply shows you’re not one.

“User-friendly.” I’d really hoped this had faded away at the turn of the century. After all, it has as its genesis early personal computer software programs for which design improved to appeal to the novice normal, not the expert techie. Yet it persists. Before you use it, please ask yourself the last time you saw a website, service, or product call itself “user-hostile.” And resist.

“Anytime, anywhere.” Used (sometimes with “access” appended) as a self-consciously clever synonym for “it’s all on the Web/in the cloud/not stuck on your premises, stupid.” Aside from being increasingly trite, this phrase falls into the false-benefit trap of describing what a feature does when it should be saying what that feature means to the customer, with concrete examples to enthuse the target audience. If the service has to do with travel, can I use it at the airport on my mobile phone? If it’s a classroom study aid, can I practice on a laptop in the park on a weekend? If so, say so.

There are others (my 2006 list, focused mainly on education technology, had now-fading favorites “data-driven decision making” and “multiple measures of progress;” 2004’s more consumer-centric list featured the still-undead phrases “because you deserve it” and “powered by”). There will always be new entrants, because frequently it’s easier to parrot an accepted trendy term that can mean anything than to get something specific and truly meaningful through multiple levels of internal company review.

But if you want to get people motivated to take action, kill the empty calorie, zombie words. Marketers should do the hard work of clearly stating why customers should be excited, so customers feel they haven’t wasted their time if they pay in the hard currency of attention.