In a down economy, myths proliferate. And one is to immediately reduce marketing spending to conserve cash. Because, the myth goes, in a down economy customers know you’ll market less.

Now, you might expect someone who designs marketing strategies to call this a “myth” (as, I suspect, did the audience at the Bellevue Chamber of Commerce Business Lunch). But no business should automatically reduce — not unless it thinks about re-balancing, first.

The reality is businesses have to keep on marketing. During a downturn, if customers stop hearing from you they start to wonder if you’re in trouble financially … or if you still exist. Your company or product name needs to remain visible.

Re-balancing your marketing portfolio is the first step. By that, I mean review all of your spending and determine which of your marketing expenditures reach your target audience the most cost effectively. Then focus on stuff that’s either extremely targeted. Or extremely cheap.

Some marketing tactics immediately fall off when placed on the effective-or-cheap side of the scale: 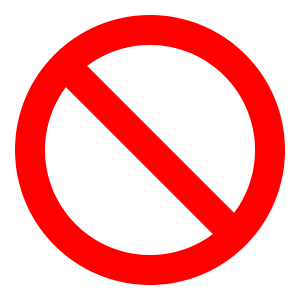 Pretty much all ego marketing is out, and that includes tactics you do because, well, you’ve always done them. And can’t clearly articulate what the benefit has been.

What’s in is cost effective, targeted — or so cheap and easy that if you fail, there’s little downside. This can differ depending on the industry.

Public relations: As recently as a decade ago, PR used to be about indirectly generating word of mouth through the filter of the news media. Now, it’s equally — or more — about reaching customers directly who are doing Web searches or browsing online. Of course, you have to start with something newsworthy. But then you can use an inexpensive online PR distribution service, such as PR Web, to broadly distribute a release for as little as $80 — far less than traditional services of years ago.

Facebook and Twitter: Consider a Facebook company page. Or a Twitter account to broadcast updates about your company, products and services. Both can attract fans and followers and are far less expensive ways to notify customers about what’s new than traditional media (though they do take staff time, just as blogs and discussion board participation do).

Public speaking: Increase your public profile by sharing your expertise at everything from local chamber of commerce events to national trade industry association conferences. In addition to getting your name out there, it helps with being perceived as a thought leader in whatever it is you do. Even talk about your efforts during the downturn, and your successes. People generally will want to learn what you’ve learned — as long as you don’t turn it into a commercial.

Finally, never ignore what works in your own industry, if it’s cheap and effective — no matter if some call it boring or passe. The important thing is only that it works. 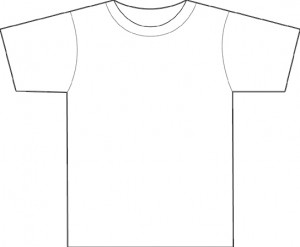 A colleague of mine in tech cites what she calls the Siren Lure of the T-Shirt. As she notes, “Microsoft is not a job. It’s a wardrobe.” The appeal of the t-shirt as a promotional giveaway never seems to diminish. At one recent event, attendees pasted temporary tattoos all over their faces just to get a free t-shirt. Which they then put on, wearing the company message and sharing it with everyone within sight.

Every industry has its equivalent of the t-shirt. Or additional cheap-and-targeted marketing tactics.

Inevitably there is push back, usually by those in the executive or sales ranks, that marketing tradition must be upheld and some programs must not be cut. (These folks can’t always articulate why, but are very comfortable being a company’s Tevye.)

This is where a rebalancing approach can be the most powerful. You don’t have to completely cut something expensive if it’s high profile — assuming it works. If you routinely had a huge presence at a trade show or conference, fully disappearing may start whispers. Instead, reduce. Replace a booth with a private meeting room or suite. If display or broadcast advertising works, place smaller or fewer ads, or buy targeted TV in local markets instead of national TV. Overall, have a smaller, more cost-effective footprint.

Some things you think are costly may actually wind up being more effective in a downturn. Even if you don’t change anything.

Another colleague recently did a survey on marketing in high-tech. It showed that many prospects, instead of having a dozen direct mail pieces on their desks, now have only two or three. Suddenly those remaining pieces have more impact because they’re not competing with as much marketing noise.

Reflexively cutting your marketing activity in a downturn can be counter productive. Instead, carefully evaluate what you’re doing in all marketing tactics. Dump what’s expensive and poorly targeted, even if it’s what you’ve always done. Reduce what’s expensive yet targeted, or maintain it if it’s extremely well targeted. Add what’s cheap that keeps your name out there.

Cutting without re-balancing could imply to customers that you’re gone and let competitors erode your market share. And that could make the “gone” part a self-fulfilling prophecy.